The Four Noble Truths of Buddha 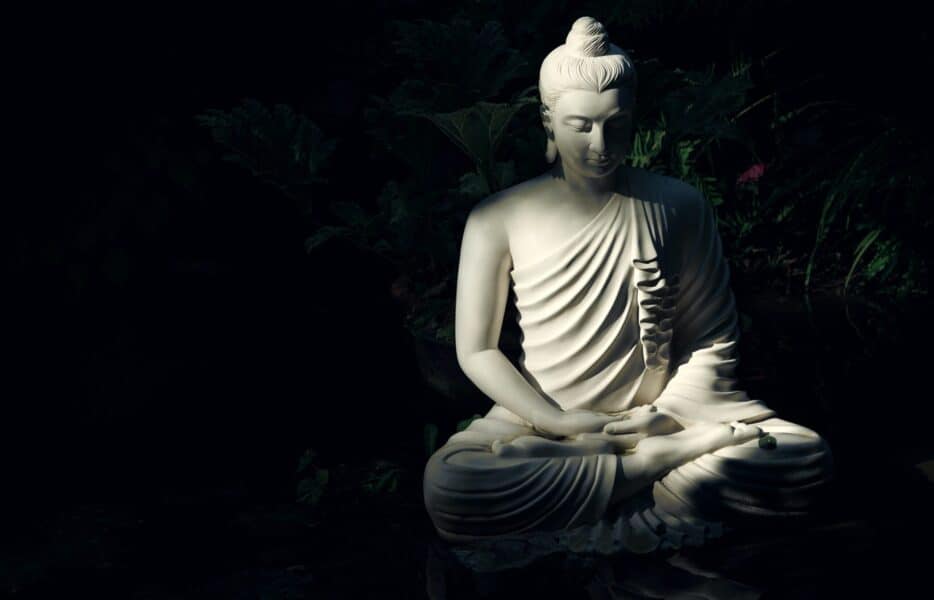 The Buddhist religion is often mistaken for a philosophy, and part of the reason why is because the religion has so many ideas.

Some of these ideas are complex, and relate to the existence of worldly suffering.

The Four Noble Truths is one of the key Buddhist ideologies and was, in fact, the very first thing that the Buddha is said to have taught after he became enlightened.

It is a core Buddhist concept.

The Four Noble Truths - The Background

The Four Noble Truths are at the very core of the Buddha’s teachings, and are in fact one of the things that a lot of the other Buddhist ideas are hinged upon.

This concept was one that the Buddha was said to have meditated upon under the Bodhi tree.

In this teaching, the Buddha has often been compared to a doctor or physician. Here, the Buddha diagnoses a problem (suffering), the reason behind that problem and a way to treat it.

By analyzing the Four Noble truths, Buddhist practitioners believe that they can find a solution to suffering.

The first Noble Truth refers to the sensation of ‘suffering,’ which comes from the Pali word ‘Dukkha.’

The truth, the Buddha states, is that there are many things in existence that can cause suffering.

There are a few key kinds of suffering, according to the Buddha. The first is suffering due to things that we cannot change, such as growing old, getting sick and dying. It is said that when the Buddha first left his palace after a fairly sheltered childhood, he saw this first hand. He saw a man who had grown old, a man who was sick, a dead man and a holy man. It was these things that lead the Buddha on his path to finding enlightenment.

We also suffer due to impermanence. Nothing ever stays the same. One thing that may make you happy today, such as a song on the radio or a romantic relationship, may not make you happy in a short while. We grieve the things that will always change with time.

The Buddha states that human suffering is something that will always exist in some form. You may wish to be rich and grieve the fact that you do not have money, yet when you have money you fear that you will lose it. You may wish for it to be the weekend, but once the weekend has gone you are unhappy once more.

Everyone wants their suffering to end, which then in turn leads on to the second Noble Truth: what exactly causes suffering?

Samudaya (Tanha) - The Origins of Suffering (Craving or Desire)

At its core, the cause of suffering comes down to a desire or a craving, translated in Pali as ‘Tanha.’

It is okay to crave things, such as to desire to become enlightened, but unless our mind has been properly trained we are fixed to a cycle of desire and disappointment. Even the more wholesome kinds of desires can lead us to suffer if we are not careful.

The Buddha states that there are a number of different kinds of craving.

We often crave things that we can sense in some form, such as things that we can hear and taste. You may crave a certain type of food, or you may be desperate to hear your favorite song. At the same time, you may also desire to stay away from things that are unpleasant, and when you do have to experience something unpleasant it can result in suffering.

Eliminating the thing that we desire is counterintuitive - ultimately, the goal is to change the way that we perceive things and to train our minds. This leads to Nirodha - how to cease suffering.

It is possible to stop suffering, but it is not something that’s easy. It is important to understand that it is ultimately the person who can control their own suffering. All suffering is temporary and impermanent. Much like with pleasurable things or things we crave, everything ends eventually. Learning to understand the existence of impermanence and learning to eradicate our desires can help us to stop suffering.

The way to end suffering lies in the Noble Eightfold Path. Following the Buddha’s teachings and practicing meditation can help us to further understand suffering.

The Noble Eightfold Path is divided into three different sections, and they are ways to train your mind and change your lifestyle to reduce suffering. These three sections are Wisdom, Ethical Behavior and Mental Discipline.

Wisdom is the first element. This pertains to understanding how the world works and allowing us to see the world and its truth. This includes the teachings of Right View and Right Intention.

Then you have Ethical Behavior. This is the way that you can be mentally pure. It means having the Right Speech, Right Action and the Right Livelihood.

Finally, mental discipline helps you to become truly wise. This means practicing the right mindfulness and the right concentration.

By understanding The Four Noble Truths, a person can begin to understand more about their own suffering and begin to take the steps needed to minimize suffering from your life.

The Four Noble Truths, at their core, come down to becoming aware of our thoughts and behaviors and changing them accordingly in order to lead a more enlightened and happy life.