If you have some understanding of Buddhism, you will know that symbolism is a very important part of the religion.

Eight symbols in particular are extremely important in Buddhism. These symbols are called the Eight Auspicious Symbols and they help to represent the transient universe. They are also known as Ashtamangala.

These symbols are at the root of Buddism and represent all of the different things Buddha practiced and taught. They provide visual interpretations of the Dharmas of Buddhism. 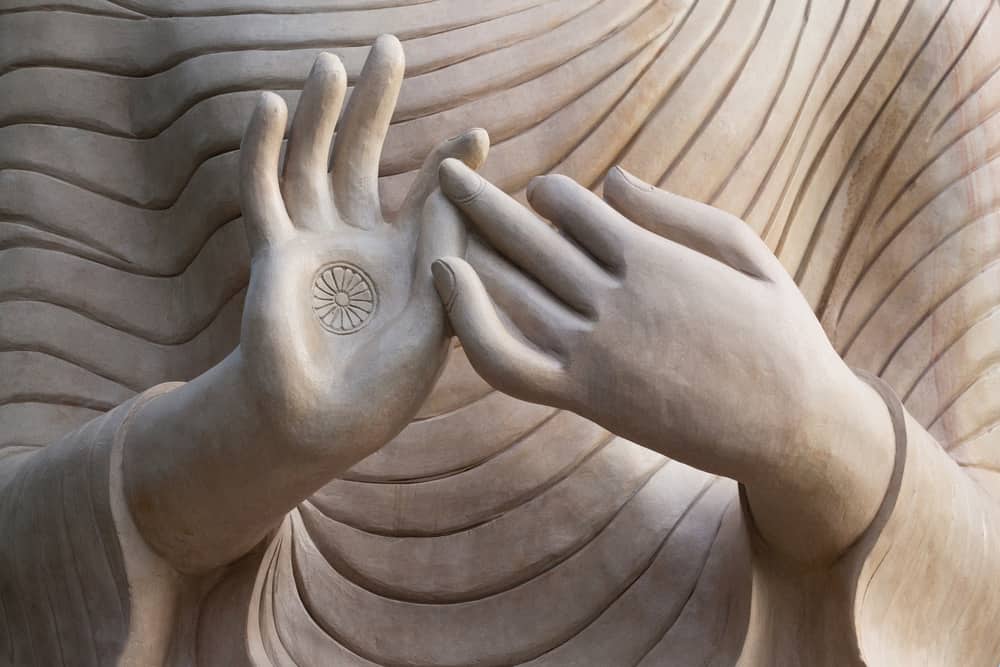 They are meaningful to Buddhism because each symbol helps to explain the steps that a Buddhist needs to take towards enlightenment. They all represent a different part of this.

In this article, we will be discussing each symbol and going into detail about what they represent, to give you more of an understanding of Buddhism.

The first symbol we are going to discuss is the Lotus flower. It is one of the most well-known and significant symbols in Buddhism and you likely recognize it.

The Lotus Flower represents the purity of the mind and the journey to enlightenment. It emphasizes that while no one is completely pure, humans can still reach a state of nirvana, purity, and enlightenment.

This symbol represents purity visually through how a lotus flower grows. Lotus flowers grow in ponds that are often full of muddy and impure water. They slowly grow through the mirky water, until one day they finally break through the surface of the water.

Although the process of growth may not be entirely clean, the lotus flower blossoms into a magnificently beautiful flower that sits on the surface of the water. Although its roots may be muddy, the flower itself is perfect and pure.

This representation is supposed to reflect human behavior too. While some people may have not lived a perfect life in the past, as they practice Buddhism they can still become pure in mind and body.

The wheel is made up of many different aspects, that all serve a purpose and have an important meaning. It has three swirls in the middle and eight spokes. As a whole, this symbol represents knowledge and is often known as the “wheel of law”.

The wheel also brings with it wisdom. The outer circle of the wheel emphasizes the power that Buddha had to contain all of his teachings and practice of meditation within Buddhism.

The Dharma Wheel is seen as the final goal in Buddhism. When the wheel was turned by Buddha, it symbolized that all humans and animals have freedom from pain and suffering. The wheel was first put into motion when Buddha began his teachings.

The Knot of Eternity

The Knot of Eternity is sometimes also referred to as The Endless Knot. It represents knowledge, compassion, and wisdom intertwined together.

It can also represent something called Samsara. Samsara is the cycle of life in Buddhism - birth, death, and then rebirth. It emphasizes that everything within life and Buddhism is connected.

The Two Golden Fish symbol represents harmony. One fish is male and the other female. It emphasizes loyalty and as these fish tend to swim in pairs in the wild, they are represented together.

They can represent several different things in Buddhism, such as happiness, peace, and freedom. The Golden Fish can also be used to represent fertility as the golden fish is an animal that reproduces quickly.

The conch shell is an important part of Buddhism and is often called a Shankha. When depicted in art, it is usually vertical and has a silk ribbon wrapped around it. Sometimes the tip of the shell faces to the right. It represents honestly, truthfulness, and spreading the teaching of Buddha throughout the world.

The Conch Shell represents the Dharma jewel and the importance of teaching it. It emphasizes the fearlessness it takes to teach the Dharma and symbolizes the selflessness and honesty in teaching others the teachings of Buddha.

The conch shell can also represent the voice of buddha himself. Buddha’s voice is said to have sounded similar to a conch shell being sounded like a horn, spreading deeply through the ten directions of space.

The victory banner is sometimes known as Dhvaja and is commonly found on the top of columns and at the front of temples. It represents Buddha’s victory, over distraction, evil, and the four maras.

It signifies Buddha’s omnipotence and his victory over earthly ignorances such as greed and hatred.

The treasure vase symbolizes good fortune and is said to bring good health, wealth, and happiness. The vase represents the never-ending access to the teachings of buddha and his wisdom. It emphasizes that the vase will always remain full for people to access wealth, health, and knowledge. The teachings and wisdom of Buddha will remain with everyone and there is an endless supply of it.

Even though people may give much love, wealth, and happiness to others, Buddha will always give an endless supply of this. It emphasizes the importance of being considerate and learning the teachings of Buddha.

The Parasol symbol represents the protection against illness and anything that can cause harm. It protects against forms of evil and demons.

The Parasol teaches the importance of joining Buddhism, learning its knowledge and as a result, it will protect from all forms of evil in the three realms of existence.

We hope this article has helped you to understand the Eight Auspicious Symbols in Buddhism and what each of them means.

These symbols are used widely in Buddhism, in paintings, physically and mainly through art, and are a very important part of the religion. 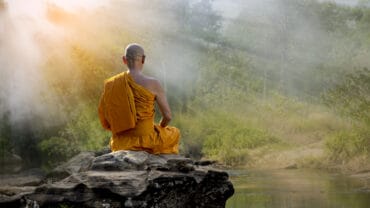