The Most Common Yoga Symbols and their Meanings 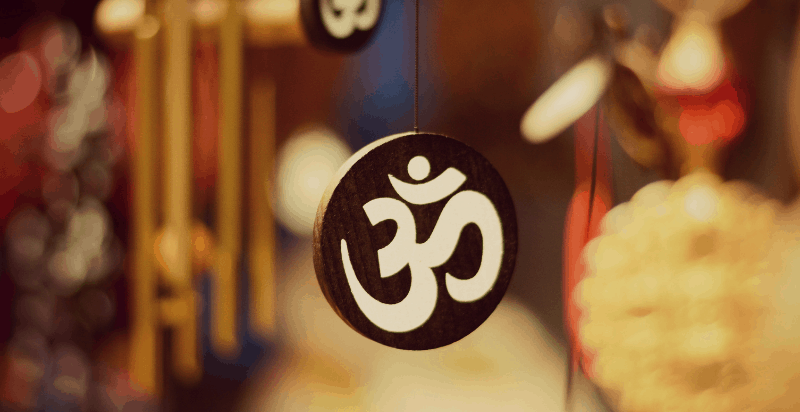 
You may have seen symbols in your yoga class or studio and you have no idea what the meaning is behind them. These symbols may be seen on wall hangings, tattoos, clothing, pendants and on other things around the yoga class or studio. Yoga isn’t exactly a religion, but it has aspects from religions such as Buddhism, Hinduism and other religions. Yoga involves getting in touch with your mind, body and spirit.

Those practicing or teaching yoga usually are very spiritual and believe that having these yoga symbols around brings them things like good luck, concentration, joy, good energy and can even be a representation of their yoga commitment.

Learning yoga symbols can allow you to fully get in touch with the culture of yoga and even may make your yoga practicing experience better. Yoga symbols are often used as something to express yourself or how you feel and many people, or yogis, use these sacred symbols in yoga classes or studios. Here are some of the most common and meaningful yoga symbols that you may see in your yoga class or in a yoga studio.

This symbol is one of the most common that you may see in a yoga class or studio, it sort of looks like a hat is on top of the number 30. Many yogis believe that the Om sound or vibration unifies everything in the universe, that is why this is a common mantra as well as a common symbol of yoga. The symbol is also used to represent the main goal of yoga; unifying the mind, body and spirit.The symbol even goes further into the roots of the hinduism religion and belief that it represents the Earth, heavens and underworld, bringing them together to become one.

Translates to ‘circle’ in Sanskrit. Symbolizes wholeness, harmony and unity. Mandalas are used to help you create an inner peace and focus your mind while practicing visual meditation. Mandalas are said to help your mind become absorbed while meditating and can potentially help you achieve a deeper meditation, helping you reflect on your past journey and even guide you into your future journeys. Mandalas have an alluring effect on people because of their various pretty colors and their colors have a meaning as well, these meanings include:

In many cultures this symbol is for good fortune, health, luck, fertility and wealth. In yoga this symbol is used for repelling bad energy and harm while providing protection. Usually the hamsa hand is displayed hanging upside down to bring good luck and strength while also offering protection from evil. Each finger that makes up the hamsa hand represents its own chakra and has its signifies its own element, these meanings include:

Another common symbol also used in other cultures. In yoga, Buddha symbolizes that through meditation, each of us can become enlightened or awakened. This symbol takes up many different forms symbolizing different things such as serenity, teaching and protection. Being a Buddha would mean that you see the world in an unbiased view and have characteristics such as: non judging, charitable, high morals, self-control, generous, honest, kind, patient, non-violent, and unbounded compassion. The Buddha symbol is meant to remind you to not get angry, not hate others, not be ignorant and practice moderation.

The lord of beginnings and good fortune is often symbolized with an elephant head. Ganesh is a Hindu god that is associated with the first chakra. While removing spiritual and material obstacles, this symbol provides fortune, success, prosperity and grants knowledge and wisdom. The elephant parts represent things as well, these representations include:

The ok hand is also known as the ‘chin mudra’ and is a common hand gesture or ‘mudra’ in yoga. Sometimes people also call this symbol the ‘ring gesture’. To form this symbol with your hand, you touch the tip of your index finger with the tip of your thumb while the remaining fingers are facing up. Your index finger is representing your human consciousness, and your thumb represents the supreme consciousness. The fingers touching together is said to symbolize the unification of both the supreme and human consciousness.

The 108 symbol is actually pretty sacred in multiple different religions and cultures around the world. The number 108 shows up in science, nature and ancient architecture. In Sanskrit, there are two forms (male and female) of each of the 54 letters (54×2=108). In the Hindu religion there are 108 different God names. We also have 108 pressure points in our bodies. The one is said to stand for truth, the zero for void and the eight for infinity.

Learning the significance and meaning of yoga symbols is not essential to practicing yoga. You can have a successful yoga practice without noticing or focusing on these historical symbols, especially if you are practicing at home alone during the pandemic.

Yoga classes and yoga studios often have symbols hanging on the walls or available in other forms for their students to have the option to use them to help them have a stronger connection, concentrate better, bring them happiness and good energy. Yogis use symbols by gesturing them with their hands, placing them in front of them and visualizing them to gain the benefits that the symbols provide to each one of them individually.

Using symbols while meditating or practicing may not be your thing, but like the old saying “don’t knock it until you’ve tried it.” Using yoga symbols while practicing yoga may not be a necessity, but they do have the potential to help you personally by enhancing or improving your yoga practice.