It is better to conquer yourself than to win a thousand battles. Then the victory is yours. It cannot be taken from you - Buddha

Siddhartha Gotama was a spiritual and religious leader, teacher, and philosopher who lived in India around five hundred years before the birth of Jesus Christ.

Venerated and worshiped by most Buddhist schools, he is also known as the Enlightened One and is widely acknowledged to be the founding father of Buddhism.

His followers believe that he was the first to transcend the Earth-bound limitations of karma and escape the endless cycle of birth, life, death, and rebirth.

Born into wealth and an aristocratic family, Siddhartha rejected the trappings that his material existence has granted him and sought a different direction. Conventional Buddhist wisdom teaches that after abandoning his birthright,

Siddhartha spent several years living a hand to mouth existence of abstinence during which he focused solely on meditation, which granted him an uncanny insight into the mechanism of dukha (which loosely translated means “ to endure” or “suffer”) into which all sentient living creatures are born into and trapped by. 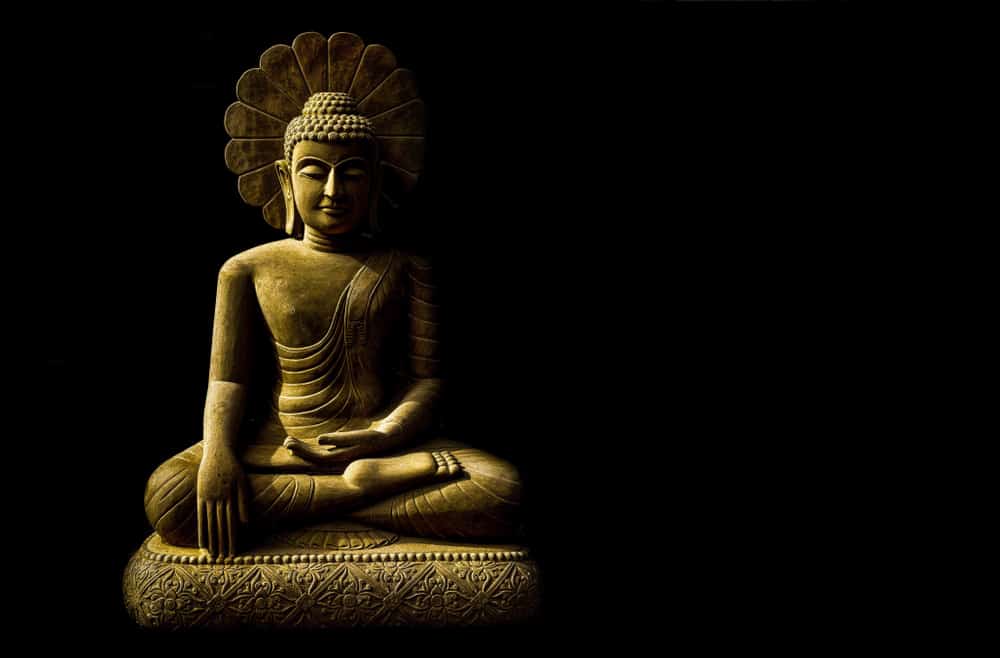 He taught for nearly half a century and shared what he had learned about dukkha and how to escape it and enter a state of nirvana with his followers and students. Traveling throughout India, during his lifetime, Siddhartha was famous for adhering to, and encouraging his students to follow, a middle way and subscribe to neither a life of religious devotion or one dedicated to the most hedonistic of life’s pleasures.

His journey took him on a spiritual path that saw him share ethical wisdom, and the importance of meditation and mindfulness with his followers. Highly critical of the commonplace established religious practices of the time like animal sacrifice, it is thought that his view that all life is sacred gave rise to most devotees of Buddhism subscribing to a vegetarian diet.

The Life and Death of Siddhartha Gautama

The historical records of the Buddha’s birth and death are incredibly vague. Most historians place the time of his birth around 563 BCE and suggest that he attained enlightenment in 483 BCE.

However, his followers suggest that he actually lived and died around five hundred years before that and that his teachings and the Buddhist tradition are far older than most historians and academics believe them to be.

After leaving home for the first time to experience all that the world had to offer, Siddhartha was apparently shocked and extremely distressed by the level of human suffering that he encountered and decided to renounce his material existence.

Abandoning the wealthy trappings of his family life,  Siddhartha is thought to have embraced extreme religious devotion under the tutelage of two yogic masters in order to follow his higher calling.

However, after committing his life to spirituality and devotion, he eventually realized through self-reflection, meditation, and increasing awareness of mindfulness and understanding of dukha, that rabid devotion wasn’t the path that would guide him to enlightenment, and so adopted a philosophy that became known as the middle way.  Bridging the gap between pleasure and devotion, the middle way allows the student to accept that there is merit in both and that they should be given equal credence in life.

Siddhartha and The Sangha

It was only after a conversation with the god Brahma Sahampati who told him that those with “little dust in their eyes” would grasp what he was trying to teach, that Siddhartha relented and agreed to begin to teach what he had discovered.

For the last forty or so years of his life, with the help of the Sangha, which was composed of groups of between four and five Buddhist devotees and practitioners, Siddhartha traveled throughout India teaching what he had learned to others, which led to people flocking to his him and formed the initial basis of Buddhism.

During the last years of his life, Siddhartha seems to have settled in the Kingdom of Kosala, a period that coincided with the growth of the Sangha. It was the continued growth of the Sangha that inspired, and convinced, him to write the Pratimoksha.

In his later years, and as his fame grew Siddhartha was invited to many events, including royal coronations which he gladly accepted and attended and used as a way to continue to teach his philosophies.

It was while traveling, and after eating a meal offered to him by a blacksmith named Cunda, that Siddhartha became incredibly ill. Refusing to blem the food he had been served, and ascribing no blame to Cunda, he informed his attendant’s that rather than being seen as a source of sorrow, the meal should be viewed with great merit as it had been his last before he departed this Earth.

While historians still argue about the exact cause of Siddhartha’s death, it is now thought to have been caused by a combination of multiple factors and complications associated with old age.

It wasn’t until a number of centuries after his demise that Siddhartha was given the name Buddha, which means ‘Enlightened One’, after which his teachings were compiled by the community his words and deeds had inspired into two separate camps, or schools of thought, the Suttas which described in detail his conversations and debates, and the Vinaya, which outlined his ideas for, and about monastic life and discipline.

Passed down via the oral tradition that was common at the time, it wasn’t until much later that both were compiled into the books that are still the central tenets of Buddhism.

Buddhism is a journey that sets the student on a path to discovering the nature of reality and the self.

Through the practice of meditation and mindfulness, the student becomes more aware of the importance of kindness, self-awareness, and wisdom and their place and value in the material world and life.

Through continued practice and a greater understanding of all these things, the student can set themselves on the path to eventual enlightenment, or Buddhahood. 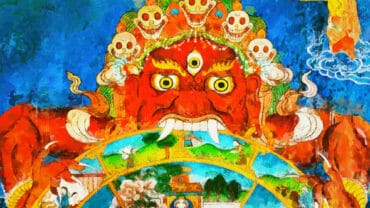